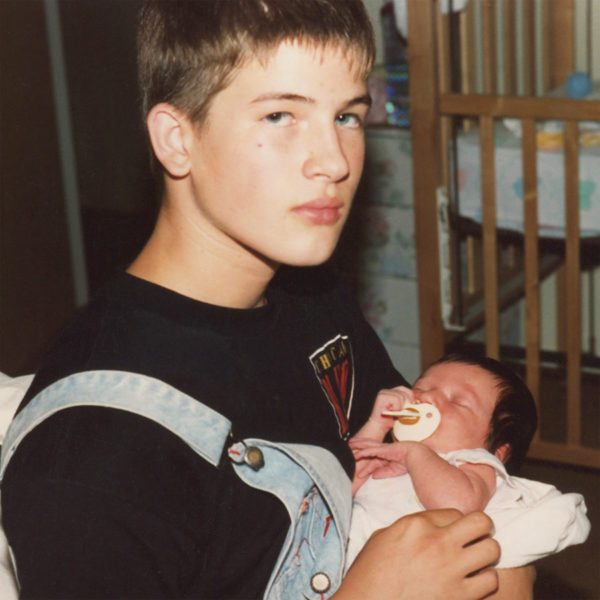 Every once in a while, a band comes along that leaves expectations, cynicism, and emotional distance ruined in a heap on the floor. Brooklyn’s Big Thief is that band. To hear songwriter Adrianne Lenker‘s lilting narratives and twisted, fuzzy guitars is to love them. Lenker’s lyrical storytelling is equally grounded and autobiographical as it is surreal and cabalistic.

‘Masterpiece’ is filled with characters and visceral narratives, songs that pivot in the space of a few words. Adrianne’s voice and guitar playing speak of rich emotional territory with grace and insight. In her words, the record tracks “the masterpiece of existence, which is always folding into itself, people attempting to connect, to both shake themselves awake and to shake off the numbness of certain points in their life. The interpretations might be impressionistic or surrealistic, but they’re grounded in simple things.”

Now, as a full band, with Buck Meek (Adrianne’s longtime musical partner) on guitar, Max Oleartchik on bass, and James Krivchenia on drums, they bring a steady wildness, giving the songs an even deeper layer of nostalgia. “These guys feel like a pack of wolves at my back,” says Adrianne, “they make the songs howl and bark with a fierce tenderness that gives me courage.”

After spending last July in an old house that they turned into a studio on Lake Champlain with producer Andrew Sarlo, the resulting collection soars on what Big Thief fan Sharon Van Etten calls “Some of the most compelling songs I’ve heard in a long time… songs that take you on a real journey, with intelligent stories and twist-and-turn melodies. And fun as hell live.”

“The Brooklyn foursome’s debut is the work of some feverishly creative minds.” – MOJO

“Brooklyn’s Big Thief are everything you could possibly want from modern folk-tinged rock and more.” – Noisey

“Masterpiece is one of the strongest debut albums of 2016. It’s an album on being human, finding compassion, being a lover or just a friend.” – NPR Music

“Lenker has a striking voice and a way with turns of phrase – she is a clear star. On Masterpiece, the songs sound cherry-picked over a lifetime of writing, the stories carefully compiled.” – Pitchfork

“Big Thief ultimately nail the different shades of reckoning and self-introspection on ‘Masterpiece’. Many listeners will no doubt identify with and see pieces of their own struggles inside this album.” – Paste Magazine

“What makes Masterpiece such an engrossing listen is how they regulate the songs to their bare essentials even when they’re at their most dynamic.” – PopMatters

“Masterpiece is certainly one of 2016’s most impressive debuts.” – Sydney Morning Herald ★★★★

“The folk-inflected indie rock of Big Thief’s ‘Masterpiece’ is immediately likable. Adrianne Lenker’s vocals are the perfect mix of gritty and sweet, while the band are just muscular enough to make impact but still show sufficient restraint to allow that vocal to shine.” Double J (Best New Music)