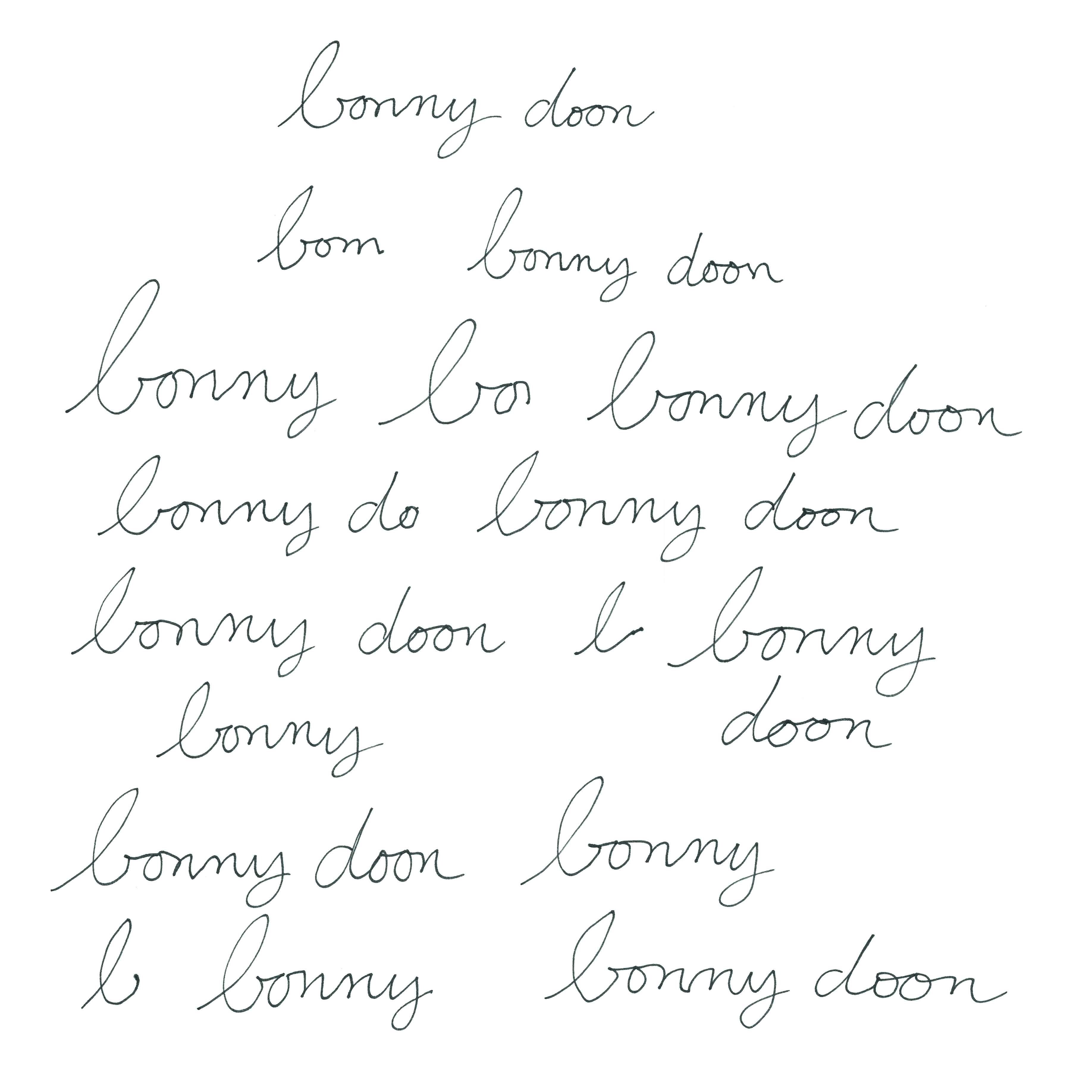 Introducing Bonny Doon, the four-piece with the sunniest blend of alternative folk, rock and country Detroit has to offer. Following on from their debut 2015 EP Life Like, the band have announced their debut, self-titled full length album, due out June 30 via Spunk Records.

Bonny Doon’s mastery of restraint and melodically vulnerable songwriting comes into its own on their self-titled debut full length.  Its essence is floating, folk-ish rock that summons the tossed-off grandeur of early Smog or the Silver Jews boombox tapes, and the dead-eyed poignancy of Neil Young’s gloriously unhinged Ditch Trilogy. In Detroit, they have become a beloved experience, with three years of live sets that teeter between a gentle intimacy and almost transcendent looseness. And though it took three years, the band has finally succeeded in capturing the complete spirit of Bonny Doon, creating a breathing web of sound that feels equally sublime and accidental.

Songwriters Bill Lennox and Bobby Colombo had been collaborating together low-key for a year and a half when they invited drummer Jake Kmiecik and bassist Joshua Brooks, both just 20 at the time, over to their studio space to flesh out some songs in early 2014. All four were active in Detroit’s fertile punk scene, playing at the time in Tyvek, Growwing Pains, and PRC. The familiar approaches of punk did not feel right however, and the songs initially felt stiff and lifeless. It wasn’t until the four tried to play as quietly as possible, with songs shambling along like a car with wobbly wheels, that the band was born. Deconstructing their sound allowed the music to unravel into something open-ended and beautiful, making space for Lennox’s effortless and subtly smart lyricism.

The band began tracking on a reel-to-reel tape machine with longtime friend and collaborator Fred Thomas (Polyvinyl Records, Saturday Looks Good To Me) at his studio in Ann Arbor, then spent months meticulously stitching together a finished work at their practice space in Detroit’s Russell Industrial Center and residences throughout the city. The end result is a glistening, sun-dazzled patchwork of deftly arranged pop melodicism, Echoplex-bathed country heartbreak, and fragments of wandering, blurry jams tying together the labored songs and less calculated strands. A drunk-dial melts into the existential glow of a neon sign on “I See You” and the sun setting on expectations feels more like a coastline daydream woven through the flanged guitar leads of “Relieved”. A sense of geographical longing shows up often, as with the long-distance melancholy of “What Time Is It In Portland”, one of Colombo’s two vocal contributions, and one of the best examples of Bonny Doon’s ability to cloak crushingly sad sentiments with deceptively nonchalant hooks.

Though mostly lifelong Detroiters, Bonny Doon represents a nearly direct counterpoint to the common narratives of the city they’re rooted in. Musically, they live completely outside of the accepted lineage of hard-knock punk or garage rock, instead opting for defiantly chill ways of being; visual motifs celebrating beach life, ice cream and simplistic joys. The real irony comes in complex layers, however, as they hide their saddest sentiments under the most stoned, seemingly spontaneous jams. And while there is sometimes darkness under a hazy veneer, the album is guided by an overarching sense that feeling is winning out over logic and things are coming together imperfectly, partially, and exactly as they should.