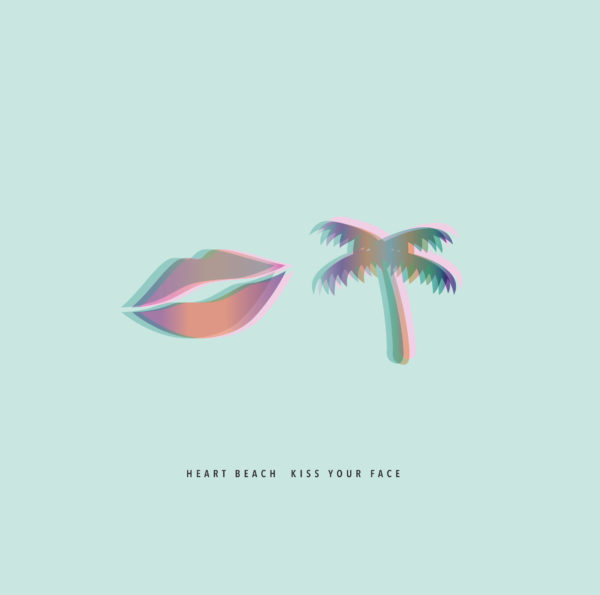 Self-described as “an ocean-pop band that plays sad, minimal, Hobartian, skuzz pop”; Heart Beach dazzled critics in 2015 with the release of their self-titled debut, following a feature on triple j’s Unearthed and a position in Rolling Stone’s Top 10 Australian Albums Of The Year.

In May 2016 a repressing of the trio’s self-titled debut was released in North America and Canada with Vancouver based label Kingfisher Bluez, and Heart Beach toured Australia nationally. Heart Beach return in 2016 with a brand new sophomore album ‘Kiss Your Face‘, set for release November 11 on Spunk Records.

“Like The Smiths, like Joy Division, this music is oddly and often wonderfully uplifting. Almost every song starts with a drawn-out chord poignant enough to break Rupert Murdoch’s stony heart. It takes a brave, thoughtful band to sound this vulnerable. Heart Beach are beautiful, beautiful, melancholy babies. Treasure them.”– The Guardian ★★★★

“There’s something very satisfying about a band that limits itself to a simple aesthetic and builds a world with what they have.” – Rolling Stone

“The Hobart band are keen observers of the tides, harnessing their power to create affecting and effective guitar pop. Listen carefully and you can hear sonar blasts from the past, the plaintive melodies and moods of ’80s post punk and scuzzy ’90s garage new wave reach the surface, but Heart Beach follow their own currents into new oceans of feeling.”  – STACK Magazine

“You know that feeling you get floating in the ocean? Weightless, worry-less drifting? If you could combine that with the sting of hot sand between your toes, it would feel a lot like Heart Beach. Their music is chill enough to take you to a place of pure calm, but edgy enough to tingle your ears into an all-sense inclusive frenzy.” – Happy

“Tassie trio Heart Beach have really come out strong off the back of their debut self-titled album.” – AU Review