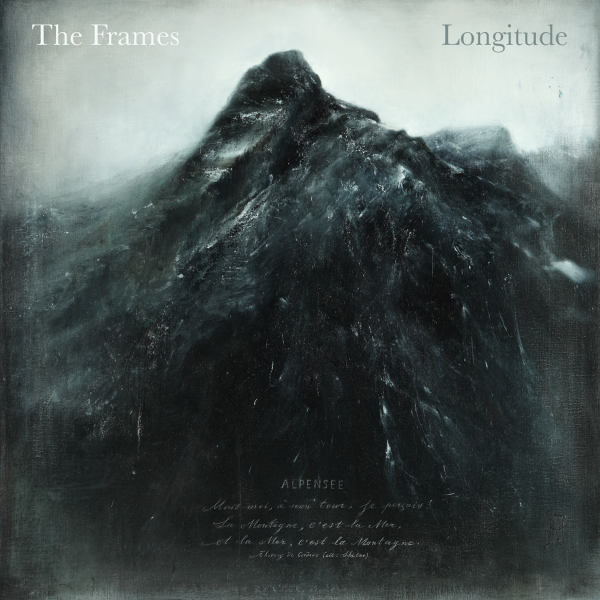 The Frames are led by Glen Hansard, a Dublin-based singer/songwriter who quit school at age 13 to begin busking on local streets. By 17, he’d borrowed enough money from his parents to record a demo, 50 copies of which were pressed and distributed to family and friends. One of those copies made its way to Island Records’ Denny Cordell, who successfully lobbied label founder Chris Blackwell to sign Hansard to the roster. Now signed to a major label, Hansard founded the Frames, taking the name from his childhood fascination with bicycles; he regularly repaired his friends’ bikes as a kid, and with the frames scattered about his family’s yard, the Hansard home was consequently known as “the house with the frames.”

The alternative pop group, whose lineup included guitarist Dave Odlum, vocalist Noreen O’Donnell, bassist John Carney, violinist Colm Mac Con Iomaire, and drummer Paul Brennan, made its debut at an Irish music festival in September 1990. After taking a brief hiatus to allow Hansard to co-star in Alan Parker’s hit film The Commitments, the band issued a debut single, “The Dancer,” in early 1992. With the help of producer Gil Norton, whose work with the Pixies proved to be a major sonic influence on the sessions, the Frames (sometimes credited as the Frames D.C. to avoid confusion with an American group of the same name) completed their debut album, Another Love Song. A scheduled U.S. tour was canceled when Mac Con Iomaire fell ill and Carney quit, though, and even though bassist Graham Downey was quickly added, a shakeup in Island’s roster left the band without a label. Moreover, O’Donnell left the lineup in the midst of recording a second album, 1994’s Fitzcarraldo. Bassist Joe Doyle soon replaced Downey, with Dave Hingerty assuming Brennan’s drumming duties for the Frames’ third album, 1999’s lo-fi effort Dance the Devil.

For the Birds The Frames switched labels again, this time signing with a Chicago-based indie, Overcoat, before recording the band’s fourth and finest effort, For the Birds. Where previous Frames records often suffered from over-production, 2001’s For the Birds (recorded in part by Steve Albini at his Electrical Audio Studios) boasted an intimacy and fragility that complemented Hansard’s heart-wrenching compositions. Despite critical hosannas, Odlum left the band in November 2001 to focus on production work, with Simon Goode stepping in as the new lead guitarist. A U.S. tour planned for the following month was suspended in the wake of the death of Hansard’s close friend and occasional collaborator Mic Christopher, former frontman of the Mary Janes. The Frames finally made it to the States in support of the New Pornographers during 2002; they also released their first live album, Breadcrumb Trail, that same year. The Frames’ next release was 2003’s The Roads Outgrown, a nine-track collection of studio outtakes, followed in February 2004 by their first album for Anti, Set List.

Burn the Maps Although the Frames continued issung new material (including Burn the Maps and 2007’s The Cost), Hansard began devoting equal time to the Swell Season, a side project that eventually turned into an internationally popular band, especially after Hansard and Swell Season collaborator Markéta Irglová were cast in the successful independent film Once, which also featured their music. Members of the Frames were recruited to form the Swell Season’s backing band, thus keeping parts of the original lineup together. In 2015, as Hansard was devoting most of his time to this solo career, he helped assemble Longitude (An Introduction to the Frames), a collection of favorite songs from the group’s history that also included three new recordings.